Ever since Alastair Buchanan, the outgoing CEO of Ofgem put pen to paper last week warning that Britain could be on a ‘knife edge’ as far as energy supplies are concerned from 2015 onwards, there has been a slew of press pieces shall we say, ‘simplifying’ Buchanan’s message and predicting energy doom for all imminently.  The latest in a long line, from the Independent, (here) lists all the technologies that might come to the rescue but won’t, such as nuclear (not ready for another decade) offshore wind (likely to be uneconomic) shale gas (possible ‘holy grail but a long time to exploit and develop) leaving -er – gas, probably at a very high price  The message from other newspapers has been similar.

So are we all fated to be huddled around candle lit braziers come 2015?  I don’t think so, although on some scenarios it might be a bit tight. That conclusion doesn’t make newspaper headlines, but seems more in line with what Ofgem actually said in their report on energy supply margins in October 2012, (here) upon which Buchannan’s recent pronouncements are based. This report received little attention when it came out: it took some ‘interpretation’ for its contents to take off as a ‘doom’ story, and also, in passing, some fairly wilful ignoring of some of the contents of the report, and a fairly cavalier approach to some of its stated limitations.

For the report makes as its central ‘base case’ (which predicts a margin of only about 5% of capacity over peak demand in 2015 – hence scary reports) a scenario which it freely acknowledges ‘takes a cautious approach assuming no net imports from continental Europe’. Indeed, not only does the ‘base case’ make this extraordinary assumption but also assumes that no new interconnectors will be built – which , incidentally can be commissioned completed and made operational in a far shorter time frame than the various technologies dismissed by newspapers as incapable of ‘coming to the rescue’.

So – to summarise – if nothing flows into the UK on existing interconnectors (currently providing about 3% of supply and capable of about double that) and no-one builds any new ones, even though connectors to Norway, Ireland Belgium and Iceland are in discussion or planning, then, ooh we’re in trouble.  The Ofgem report does, helpfully explore alternative scenarios where we do really go for it in importing some power and building capacity for further imports so that we approach the level of interconnection of – say – all of our European neighbours, and the chart then looks rather different.  In 2015-16 excess capacity over peak winter demand dips just below the 10% mark and then starts to rise again. Tighter than the present 20% mark but certainly manageable. I know, it spoils a good scary story, but regrettably it’s there in the report.

Now this does mean that government needs to get on with constructing those new interconnectors that will bring the UK up to the European average of joint plugged inness – about double our present capacity, in fact. And there will , almost certainly, need to be some capacity payments or similar support for such reasonably rapid construction. So the newspaper stories are right to the extent that doing nothing is not an option, and some fairly rapid focused action to secure such facilities for the UK is imperative. But no, the lights won’t go out, and, yes, investment in interconnection could be much cheaper and more productive than either pursuing the will o’the wisp of mass new nuclear generation or of underwriting a massive surge in unabated gas fired power stations to secure long term capacity at the expense of lower carbon energy emissions. And I suppose we can park for now the argument not even mentioned in the Ofgem report that investment in smart grid management and balancing will go a long way towards making a much smaller capacity margin go much further.

Which leaves me wondering why Alistair Buchanan wrote what he did, how he did and when he did. Perhaps he thought that those taking his absolutely valid overall message to the wider public (that we need to get on with securing the next generation of capacity as the present one retires) would treat his remarks objectively, and carefully look up the sources and caveats he was working from. All I can say, if that is what he thought, is: Sorry Alistair, they’re not your friends. They’ve got their own agenda on this. And it is not yours.

This article was originally published on Business Green 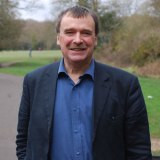